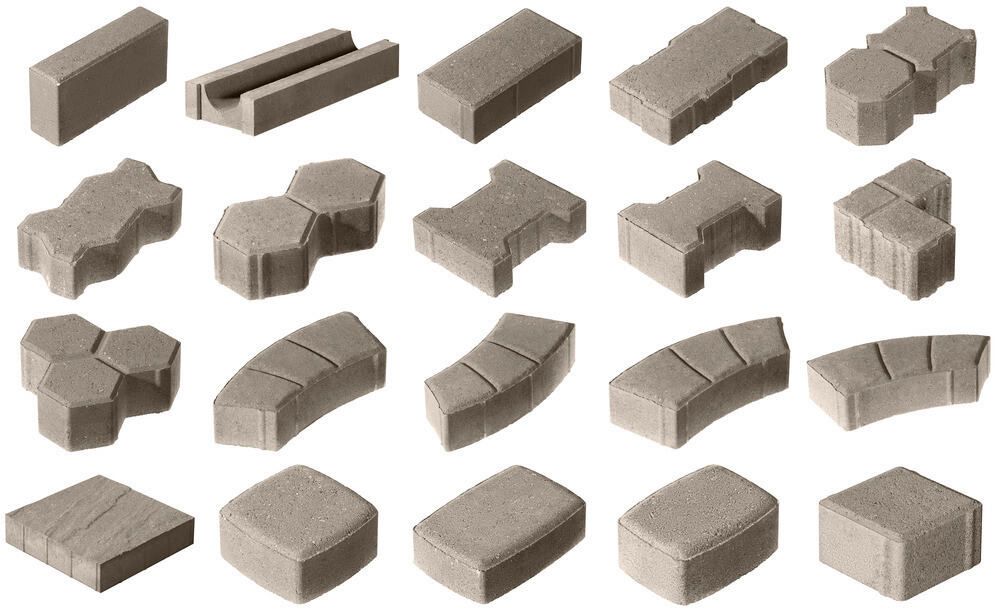 Paver structures look amazing for the curb appeal of your property and the biggest credit of that goes to the shapes, sizes, and patterns of the pavers that are used for laying the pavement. Every layout and design of a paver structure requires the pavers to be cut in different shapes and sizes. Also, there are shapes and sizes that you could readily get to meet your layout needs.

Interlocking concrete pavers are avail­able in a variety of sizes, colors, and shapes. Some shapes are proprietary, and others are peculiar to certain paver manufacturers who identify them by a variety of names. It is common knowl­edge, however, that paver shape influ­ences performance. We refer to all pavers as ''interlocking." This is true because:

Furthermore, some pavers have shapes that interlock, providing enhanced performance under heavy traffic conditions via "geometric inter­lock." However, whatsoever the shame maybe, most of them can be classified as one of the following three types:

Shape Type A: These shapes are dentated units which key into each other on all four faces, are capable of being laid in a herringbone pattern; arid, by their plan geometry when keyed to­gether, and resist the spread of the joints parallel to both the longitudinal and transverse axis of the unit.

Shape Type B: These shapes are also dentated units that key into each other on two faces only and are not capable of being laid in a herringbone pattern. Their plan geometry when keyed to­gether, resist the spread of the joints parallel to both the longitudinal and transverse axis of the units.

Shape Type C: These are rectangular and simple profile units that do not key together, and they may be laid in a herring­bone pattern. These shapes rely on their dimensional accuracy and the ac­curacy of laying to interlock.

Of course, there are some that might argue otherwise, and on good grounds. For instance, in England where segmented pavements are used extensively, most of the pavers in­stalled are rectangular. And the heavy-duty vehicular traffic in the Nether­lands port of Rotterdam, the largest terminal container port in the world, operates on a segmented surface of rectangular concrete pavers.

Our recommendations concerning paver shapes and their uses are:

Type A pavers for heavy-duty use such as ports and streets heavily trafficked by trucks.

Type B pavers for moderate use such as on streets with light trucks and auto usage.

Type C pavers for light-duty use such as on residential driveways and areas with pedestrian traffic.

You can modify the above recommen­dations by adjusting other variables that affect paver performance such as paver thickness or sub-base design.

Once you have decided on the paver shape that you shall use for laying the paver structure, you need to work on the laying pattern of the pavers, because the ways these pavers are laid also affects the performance of the entire pavement significantly.

Paver interlock is achieved by a combi­nation of paver shape, thickness, uni­formity of joint width, and laying pat­tern. As with any type of paver set in sand, the laying pattern is an all-important factor in pavement perfor­mance.

The principal laying patterns for pavers are herringbone, basketweave (or parquet), and running bond (or stretcher bond). Variations can be made within some of these basic pat­terns for aesthetics or performance-related reasons. For instance, pavers set in a herringbone pattern may be laid at either a 90° or a 45° angle to the main flow of traffic. The basketweave pattern allows most pavers to be set in a variety of ways. The running bond pattern, which is straightforward in appearance, can be laid with the joints offset. Of course, not all pavers can be set in all patterns; the laying pattern may be determined by the shape of the paver.

Extensive research has been con­ducted to determine which of the lay­ing patterns perform best under traffic conditions. Studies conducted by Dr. Brian Shackel, a world-renowned authority on interlocking pavers, have shown that pavements laid in a herring­bone pattern perform significantly better than pavements laid in a basket-weave or running bond. This has been confirmed by field performance.

Because the joints between pavers are constantly "interrupted" in the her­ringbone pattern, the forces imposed by heavy traffic do not travel along a "path of least resistance" created by continuous linear joints. This prevents the development of stress which could otherwise disrupt the pavement. Instead, the load is efficiently absorbed by the surrounding pavers.

A basketweave pattern provides more parallel lines along the paver joints and allows load stresses to develop over a greater distance before being absorbed. The long continuous joint of the running bond pattern offers the least resistance to traffic forces. (Under no circumstances should a stack bond pattern be used for pavers set in sand.)

The herringbone pattern also offers distinct advantages in applications that call for changes in pavement direction. Favors can be laid around curves or across intersections without altering the laying pattern or installing construction joints. The direction of traffic across a herringbone pattern has little effect on the pavement, irre­spective of the axial alignment of the individual pavers.

For these reasons, basketweave and running bond are not the preferred patterns for pavements subject to medium or heavy vehicular traffic. However, they may be used success­fully for residential driveways, or other light-duty traffic applications. In these applications, the long dimension of the pavers should be set perpendicular to the centerline of the roadway. If the pavement must follow a curve, con­struction joints will be necessary to facilitate changes in the pattern direc­tion.

So, basically, the laying pattern of the pavers is also dependent majorly on the traffic that the structure will be exposed to. Heavy traffics requires stronger structures which makes herringbone pattern the ultimate choice while the other patterns could be used for slightly medium and light-duty traffics.

Paver shapes, sizes, and patterns do have a very significant impact on the performance of the paver structures, and you need to be very careful while deciding on them. The recommendations made above in this article are after extensive research and following them can give a great performance to the paver structures you lay. So, go with these shapes and patterns as per your needs and you are sure to have a wonderful pavement ready that will give out excellent performance. 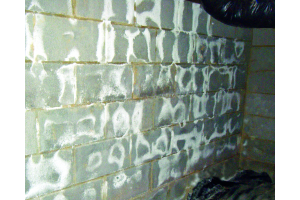 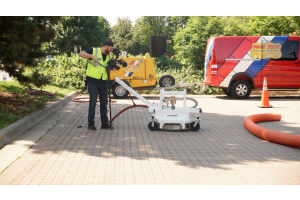 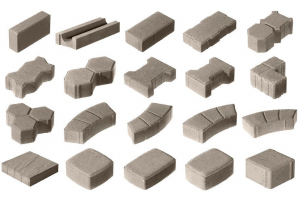 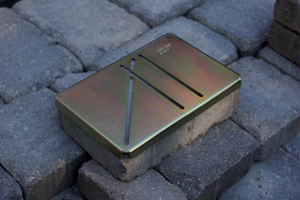 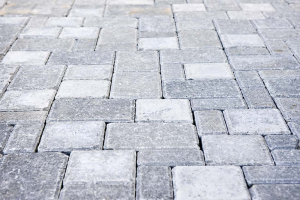